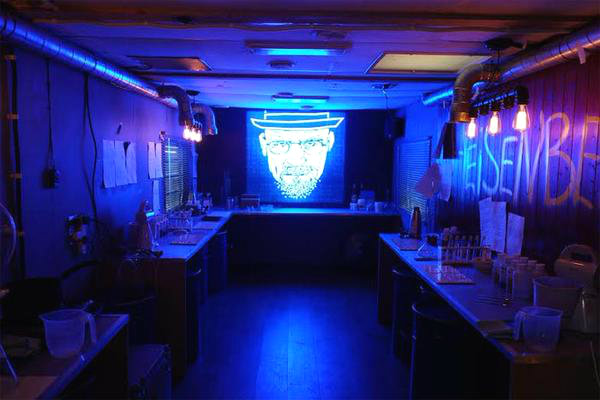 ABQ London, a 3 month summer pop-up bar themed around THE best TV show ever, Breaking Bad, is where The Boy and I went for Date Night last week.This event (named after the US state of Albuquerque where BB is set) is the sweet brainchild of Locappy and the creatives behind pop-up Annie The Owl which hit London in the Spring, and it’s pretty ace. Parked up in a slightly random and derelict car park in Hackney is a massive American RV just like the one Walter and Jesse cooked Meth in, cue; EXCITEMENT. Once inside you have a small team in their yellow Hazmat suits helping you ‘cook’ blue cocktails in the ‘lab’; think glass beakers, dry ice, white powder and test tubes, all under the crystal meth coloured blue light. Fab. You get two hours in the van, around 20 people at a time, and you get two generous cocktails which you cook with your team. It was kinda kooky and a little low budget but that made it feel all the more authentic and like a great secret discovery. Given the brilliant idea of it AND the massive cult following of the show, I’m kinda pleased that it wasn’t done on a big grand corporate scale with mass coverage and big budgets, It was cool and had an off the radar charm to it. I can’t really think of how they could have made it better, we concluded that the only thing would have been a fake raid on the van while we cooked; alas, we didn’t get busted. We booked our tickets way in advance for this and it’s limited slots meant it sold out pretty quick, but, they’ve just announced that they’re releasing another batch of tickets very soon, so if you fancy playing at being a dirty Meth maker this Summer, get booking and cooking! 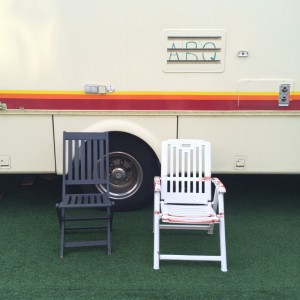 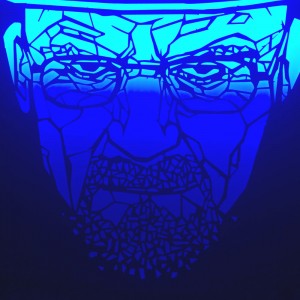 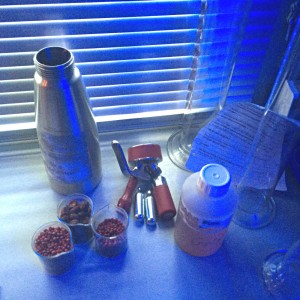 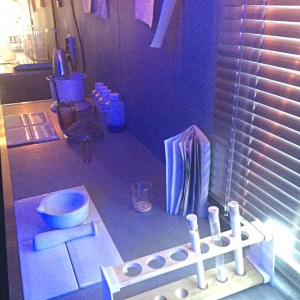 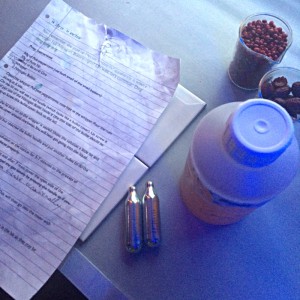 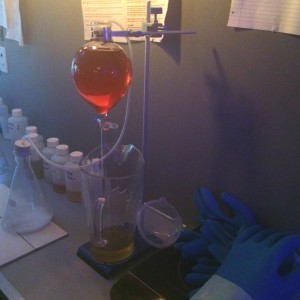 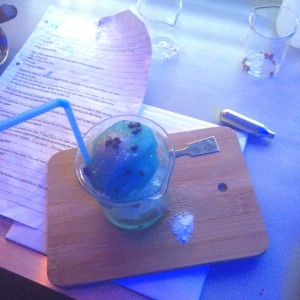 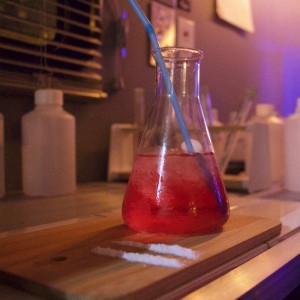