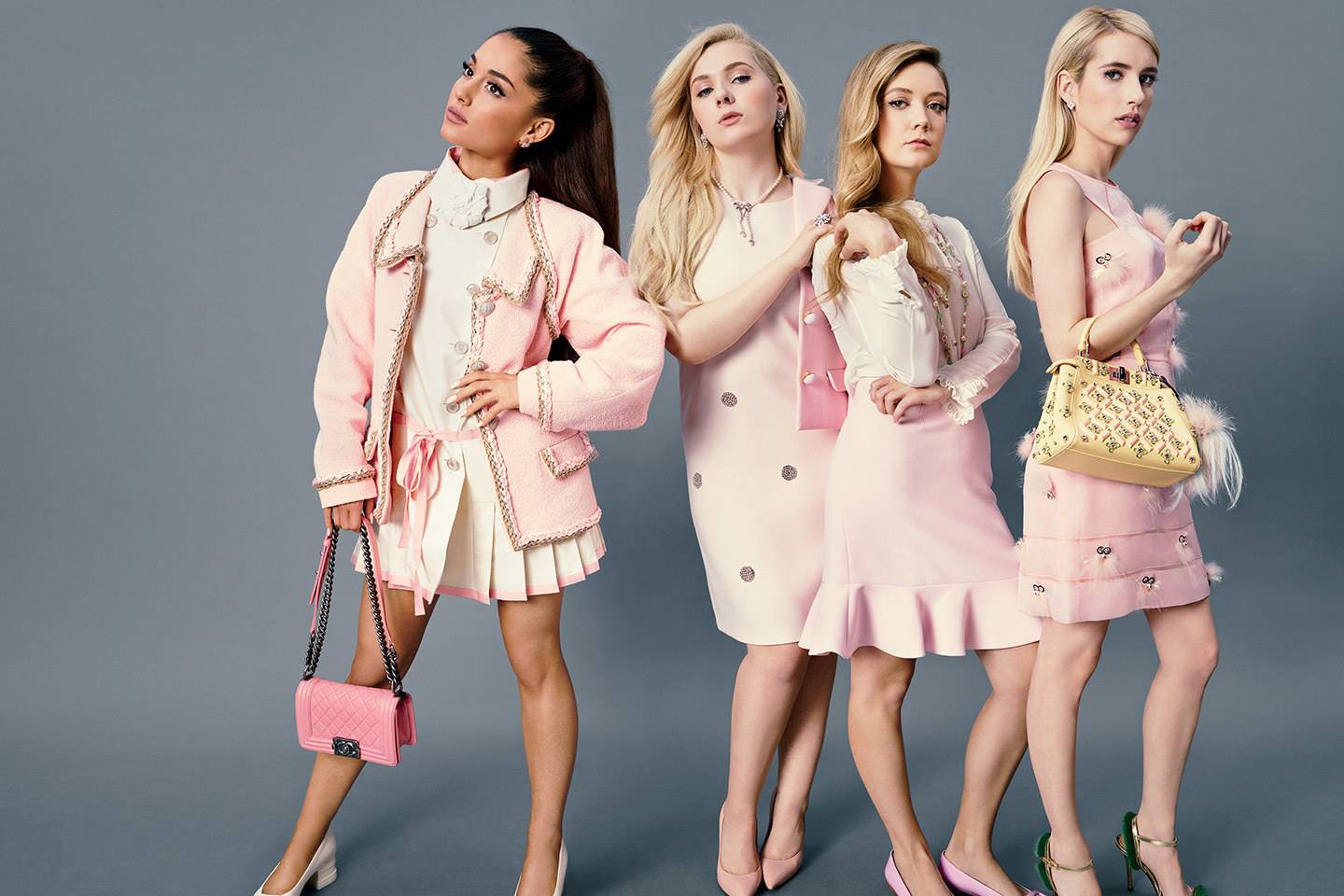 So, Scream Queens on E4, isn’t really aimed at me, surely I’m out way of their target age range, but, have you SEEN it? Oooof! I watched the first episode thinking it would just be a cute bit of easy breezy telly on a winters night, and, by gosh, waaah, I was hooked, it’s a dream to watch, it’s like candy floss for the eyes; a swanky pastel fash fest! Now, I ain’t seen styling as superb as this since Sex and The city, and that’s sayin’ somethin! It totally blows me away every episode, such saccharine sweet goodness in every look. It’s kitsch, it’s tongue in cheek, it’s hilariously written and it’s so overly styled it’s like watching a preened My Little Pony winning a show jump; SUBLIME. The set too, is impeccable, I gasp when I watch it. I adore trash TV like this, great escapism from my sofa with my kitty on my lap and hearts in my eyeballs. The look of this show is utterly faultless. I have one MAJOR bone to pick with it though, it massively mocks the issues of girls and eating disorders, which is ridiculously irresponsible, seriously NOT GOOD. The characters are seen eating cotton wool balls for lunch and appear sat at a dinner table eating thin air with knives and forks, frequent references are also made to dieting and making yourself sick. It’s more than crazy that they include this in a show which has an enormous young following. I mean, I totally get that this show is satirical, it parodies the genre, the style and the intelligence of shallow college girls, but the eating disorder thing, that’s satire gone crazy. Maybe girls these days respond more to the fear of ridicule than anything else so the writers feel the inclusion of stuff like this is a good way to educate girls on eating and body issues, I can’t figure it out. But the rest of the show is just SO damn good I can only hope they have a good intention behind their reason to mock eating issues. I’m stumped. But, still, pretty show, very, very pretty. 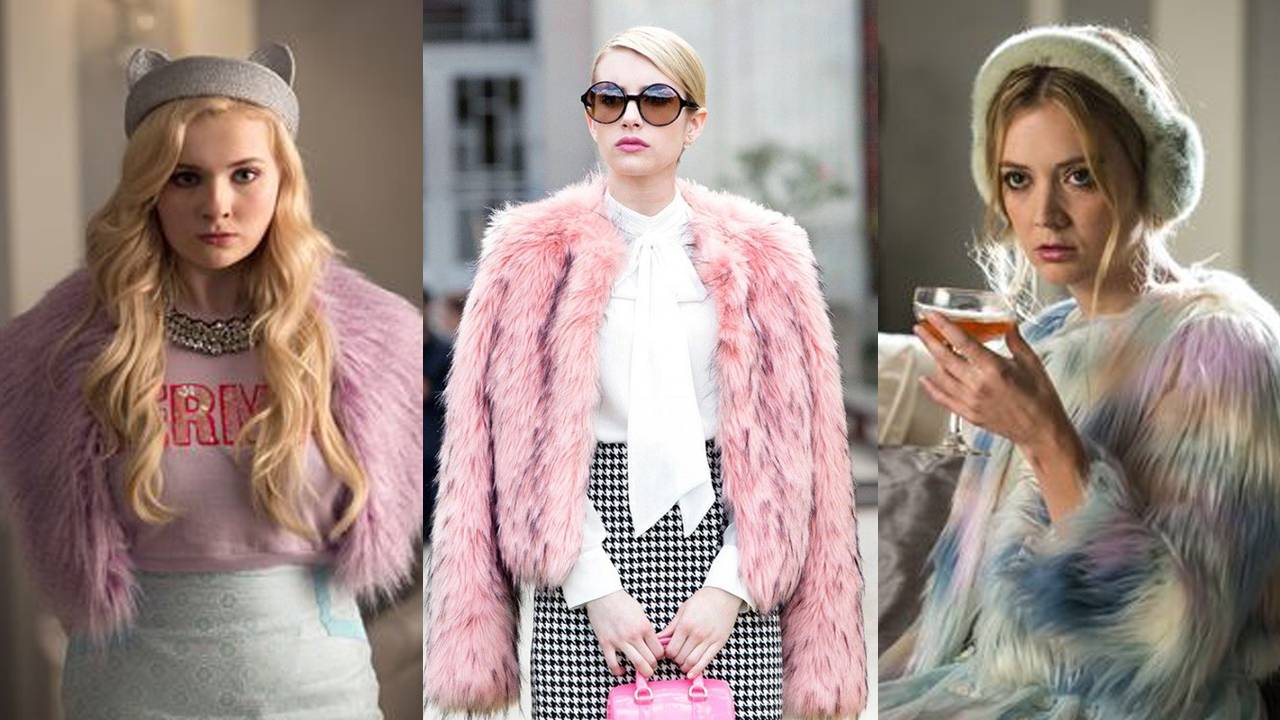 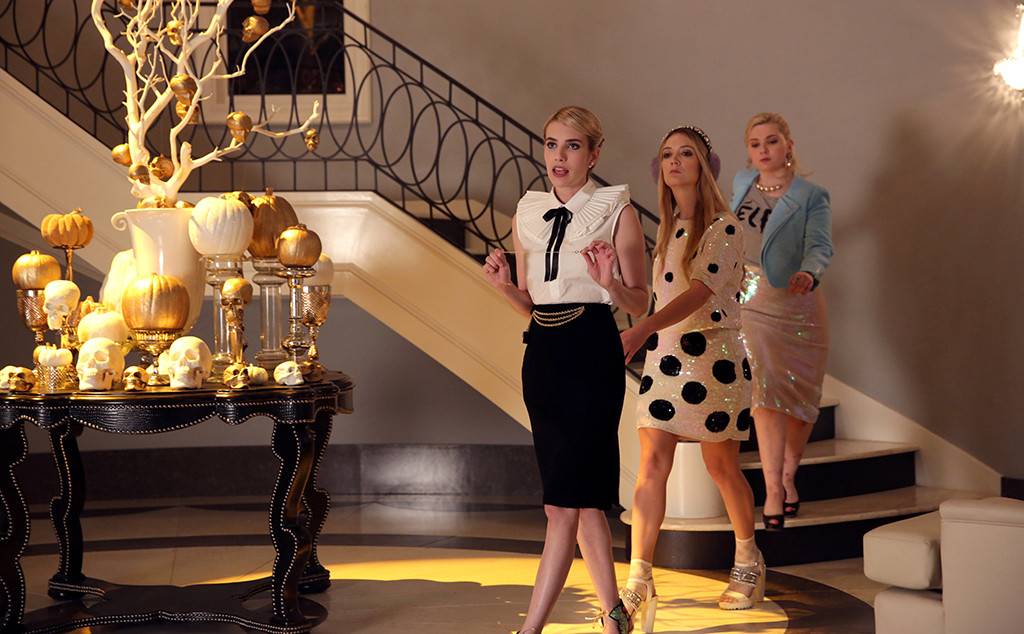 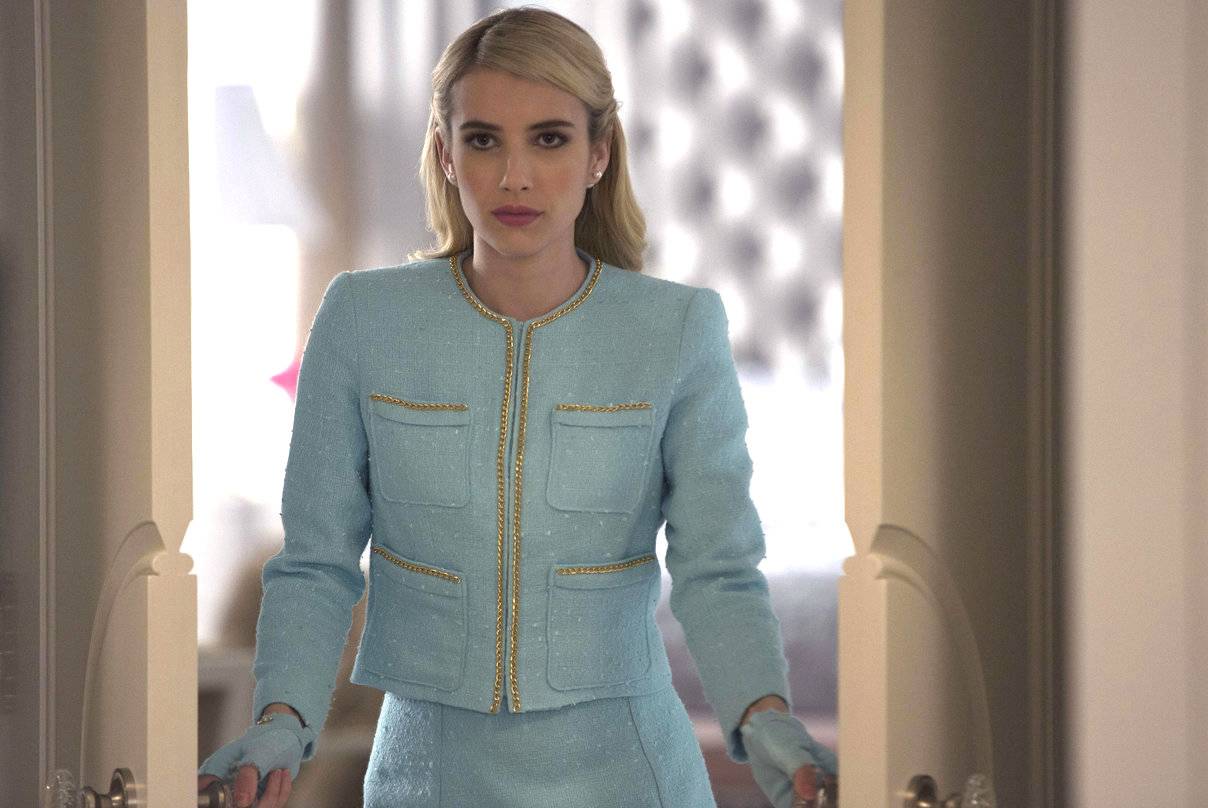 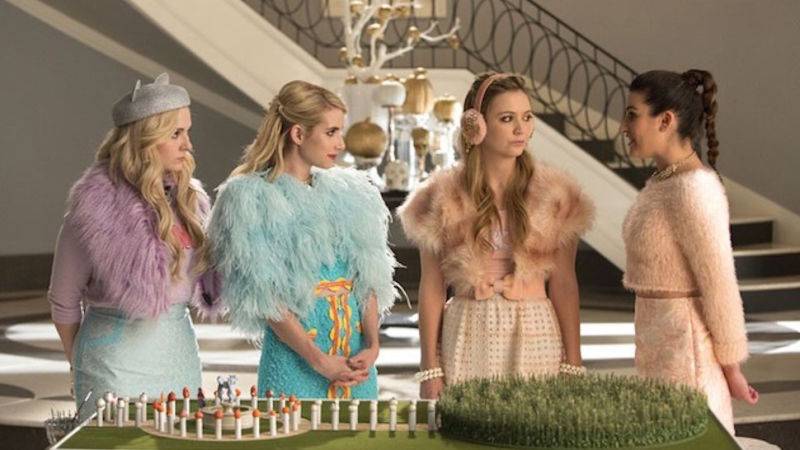 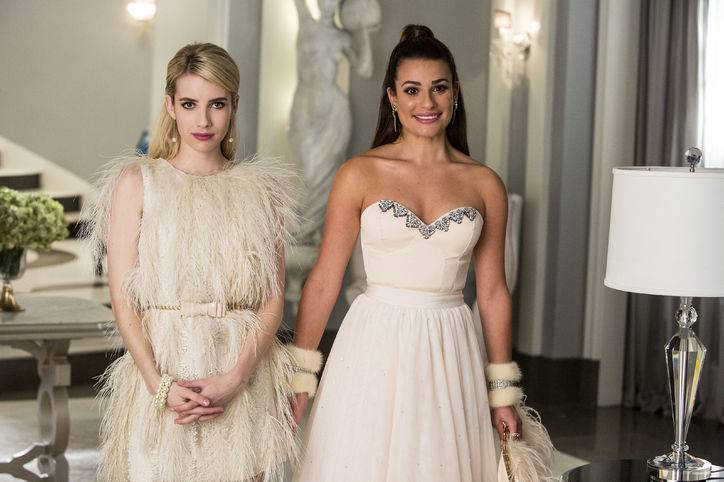 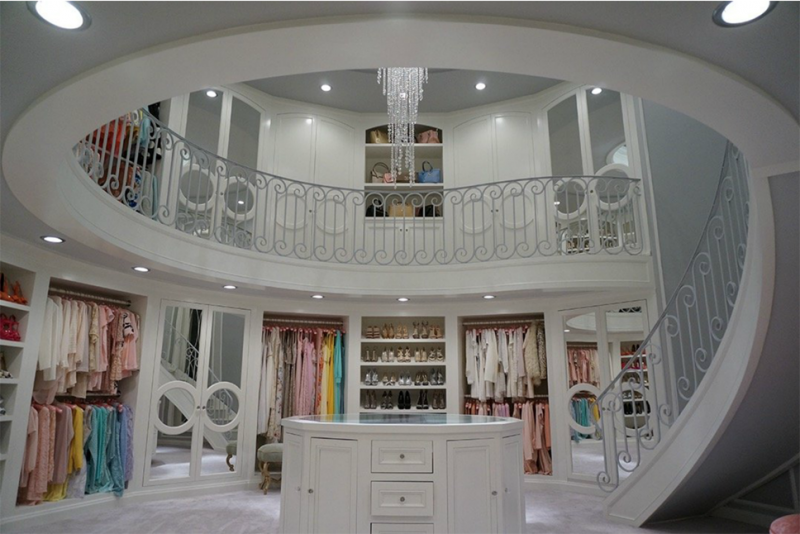 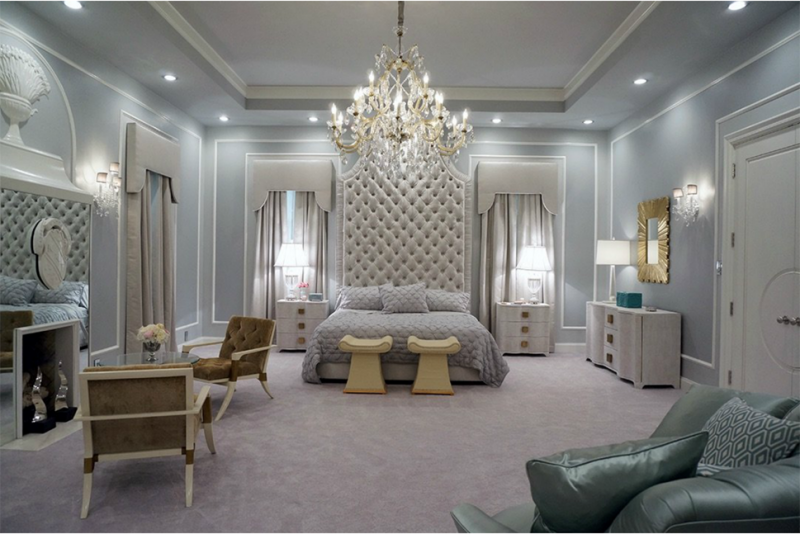 Well, would you believe it? Sometimes things are just perfectly timed and, as that big ole’ heart shaped 24 hours called Valentine’s Day is nearing, well, I just happened to fall SLAP BANG IN LOVE! Whooosh, totally floored with affection, can’t suppress the butterflies in my belly, can’t take my damn eyes off the beauty of it, the cutest thing I ever saw; BANDO!

Flitting around on Instagram as I do, my big ole eyes came across @shopbando and my heart went boom! Bando is a super cute LA based brand selling gifts, stationery and fashion accessories, and it is awesome, totally flippin’ awesome. Set up by a group of girls, they say they are ‘Serious about Fun’ and oh my, their ideas and style are pure brilliance, absolutely up my street. With pops of confetti colours, neon brights, bold graphics, mirror balls, disco glitter and kittens and hearts as regular themes…well, it’s no wonder I’m so head over heels!

I was sure enough jumping for joy when I saw that they now have a concession in Selfridges so that us Brits can get up close and all touchy with their stuff on these shores, HURRAH! I will be spending many glorious moments canoodling with their ace website where you can shop online, and you’ll regularly find me with heart shaped eyes gazing into their Instagram feed which you can see images from below. 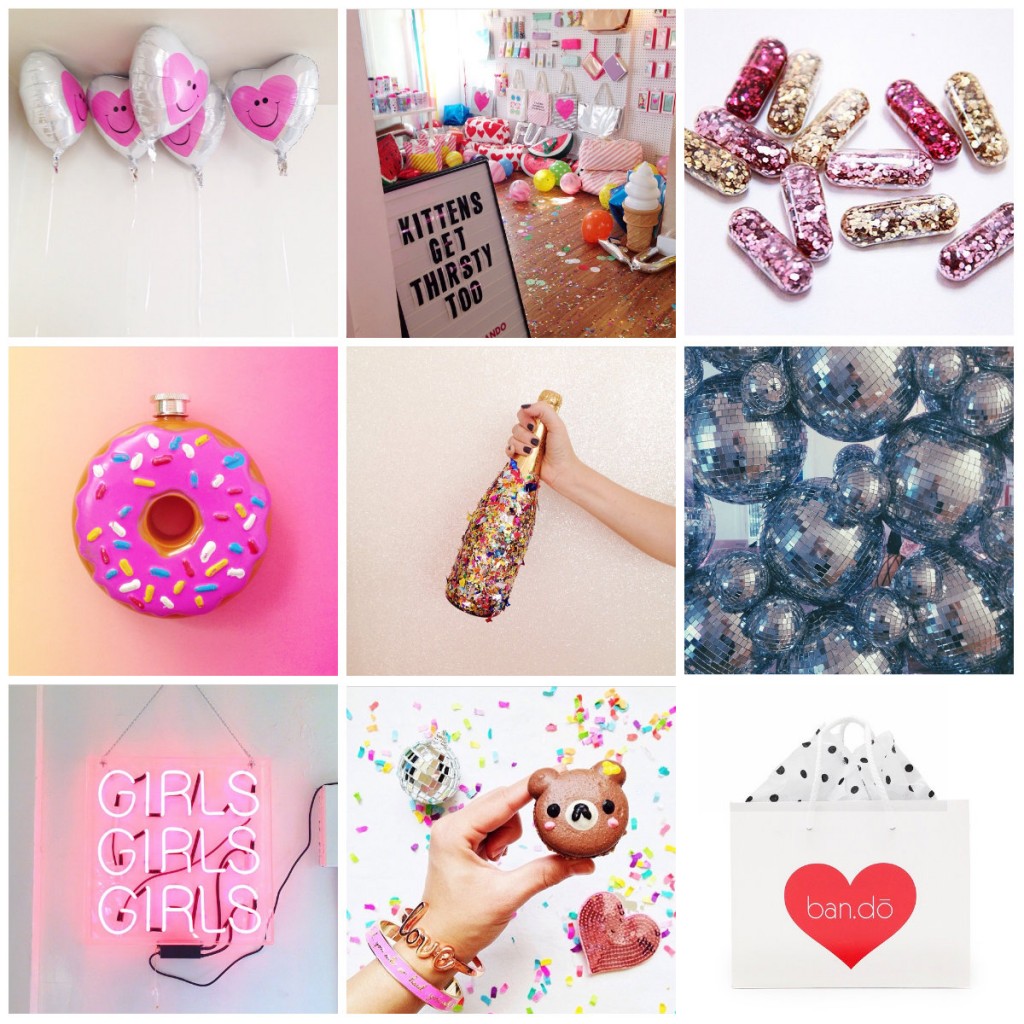